Heck, this song first emerged out of my subconscious about 17 years ago. Lyrically (see below), it’s a reflection on War and Peace in 157 words. (‘No mean achievement!’ I hear you holler?) If Pierre Bezukhov had pretensions to be an 80s rock star rather than a forlorn early 19th century romantic, this is what he would have come up with, the shambling dolt!

My vocal range having slipped three semitones in pitch in the intervening years, a stroke of spontaneous genius shoved Katy into the recording booth at the very last second. So now, by serendipitous happenstance, we have recorded the greatest lesbian love song of all time.

I’ll admit it was Snoopy, rather than any great literary pretension, who persuaded me to read War and Peace in my late teens. I’d heard it was a classic, and Tolstoy was indeed lacking from my general education… but actually, if I’m honest, Charles M Schulz had always been the bigger hero for me. 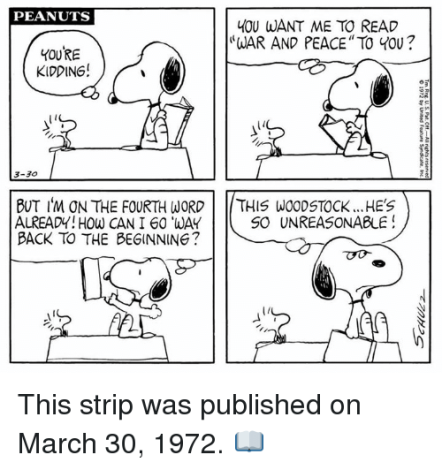 Armed with a battered old hardback copy from a charity shop, I ploughed through it all. In its defence, it might have been a very poor translation, but boy was it hard work! I make no claims to have digested it properly, hence my lyrics, written two decades later, are merely an impression. Cursed (or rather, blessed?) by ignorance and youthful impatience, long before the end I had ceased to care, and Pierre Bezukhov had seriously begun to piss me off. By the time he realised, by page 1159 or so, that what he had sought was beneath his nose the whole stupid time, I was shouting abuse at the page.

Especially, as I discovered more or less simultaneously, Natasha Rostova was the spitting image of Audrey Hepburn! 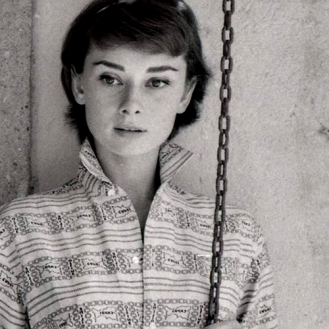 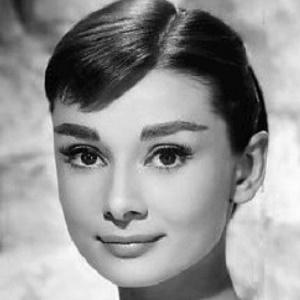 it was an different story, in another world

that gothic arch of folly, yet another girl

in her eyes, i thought i might have to dive

and for five, i never felt so alive

she took me to such places, in another world

i swear there were no traces of another girl

and i thought she would be fuel to my fire

wouldn’t tire, she was my queen of desire

and i want to see the big picture hanging over me

it’s a strange obsession, tearing away at my heart

not even solomon in all his glory, just couldn’t be

all the time, i’m trying hard not to cry

when i die, at least i’ve lived for a while